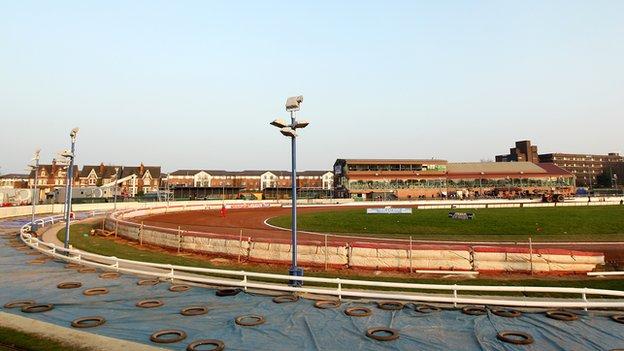 Elite League strugglers Birmingham Brummies are waiting for the results of tests to determine the severity of Adam Skornicki's injury, after the Pole suffered a heavy crash on Thursday.

Skornicki, 37, was taken to hospital after a fall in Heat 13 of the Brummies' 48-42 defeat by King's Lynn at Perry Barr.

It was initially feared he had dislocated part of his left leg.

Skornicki is the Brummies' top scorer so far this season.

He joined Birmingham after spending 2013 with their West Midlands rivals Wolverhampton.

Skornicki won the Elite League title in 2002 and 2008 with Wolves and again the following year with Poole Pirates.

After finishing as runners-up to the Pirates in last year's Grand Final, the Brummies have only won two of their nine meetings this season.