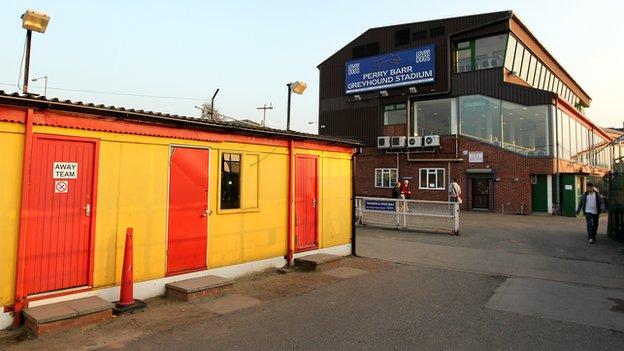 Birmingham Brummies' hopes of returning to their Perry Barr in 2015 appear limited as former owner Tony Mole has been unable to raise sufficient funds.

The Brummies withdrew midway through the 2014 Elite League season over financial difficulties, a year after finishing runners-up in the play-offs.

Mole then tried to generate finances for the Brummies to ride in the Elite or Premier League next season.

However, Mole has confirmed the club fell short of the sums required.

"Our attempt to bring Birmingham back in 2015 has failed because there are insufficient financial pledges being made to meet the targeted figure of £100,000," the statement said.

"We are unfortunately unable to proceed because of insufficient finance and, for that reason, I won't be able to promote speedway in the Elite League or Premier League at Perry Barr next season.

"It's extremely disappointing. We've had one or two people show interest but they haven't followed it up as a result.

"There just hasn't been sufficient interest in bringing speedway back to Perry Barr to make it happen."

The Brummies' hammer blow comes just a week after neighbours Cradley Heathens were told that they would again be forced to look for a new home.

The Heathens, who were revived in 2010 after losing their Dudley Wood track in 1995, have been told by Ladbrokes, the owners at Monmore Green, their base for the past four years, that the track can only stage one night of speedway each week from now on - and that will be for Wolverhampton Wolves' traditional Monday night meetings.

But, in one slight ray of hope at a dark time for Midlands speedway, Coventry Bees owner Mick Horton believes they could still be at their Brandon home beyond the end of their current lease which expires in two years.

The Bees have been told by stadium owner Avtar Sandhu that they will have to find a new home. But, after plans for housing at the Brandon site were submitted, a Save Coventry Speedway campaign has been launched.