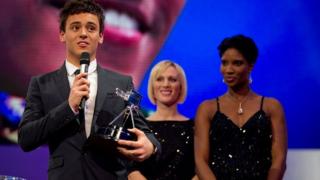 Tom Daley jokes that he is "getting on a bit" as he is now too old to qualify for the BBC's Young Sports Personality of the Year award.

The 18-year old Olympic bronze medallist, who won the award three times between 2007 and 2010, reveals he is looking forward to having a night off from his rigorous training schedule to attend this year's ceremony on 16 December.

Daley became the youngest-ever nominee for the senior award at the age of 15 in 2009.

The 10 contenders shortlisted for the 2012 BBC Young Sports Personality of the Year award were announced on Sunday - but those nominated had to be aged 16 or under on 1 January 2012.