Twelve contenders will be in with a chance of winning the 2012 BBC Sports Personality of the Year award on 16 December.

The shortlist was announced on Monday, with the award voted for by the public on the night.

Here's a look at the contenders looking to follow cyclist Mark Cavendish, who collected the coveted award in 2011. 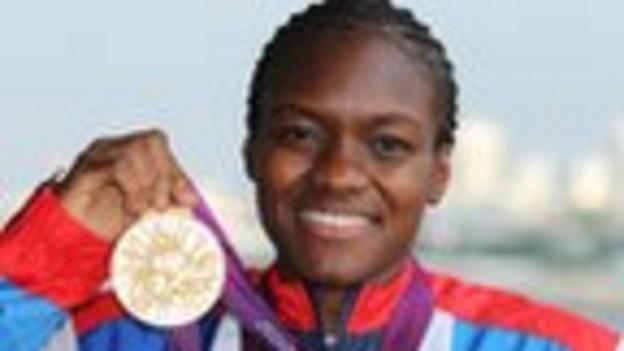 The flyweight fought her way into the history books when she became the first woman win an Olympic boxing title.

What she said: "I just like being the normal Nikki Adams - walking the dog, doing day-to-day things. It's probably going to change but I'm going to try to stay like that." 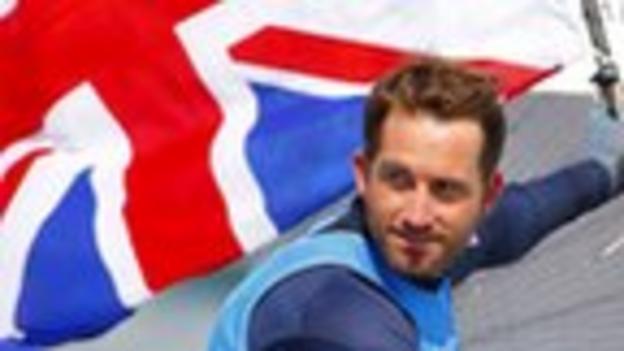 Clinched his fourth straight gold medal to become the most decorated Olympic sailor in history.

Ainslie, who also won a silver in 1996, was driven to success after the tactics of his rivals upset him and overtook Dane Paul Elvstrom's record of four golds that had stood since 1960.

What he said: "They've made me angry and you don't want to make me angry". 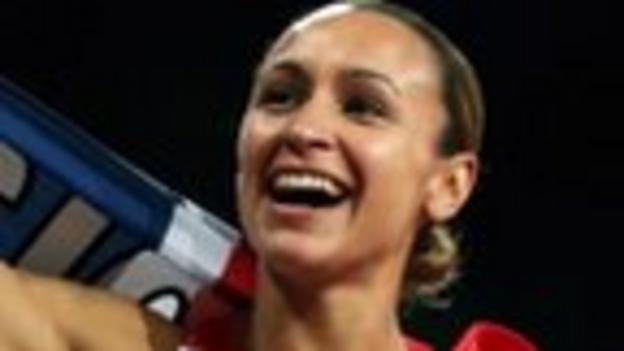 Set three personal bests in the seven events as she swept to gold in the Olympic heptathlon.

Her total of 6,955 points was 306 ahead of German silver medallist Lilli Schwarzkopf and victory kick-started a golden hour for British athletics with subsequent victories for long jumper Greg Rutherford and runner Mo Farah.

What she said: "The atmosphere when you walk into that Olympic Stadium, it's like someone gave you 10 cups of coffee. I was pumped up so much". 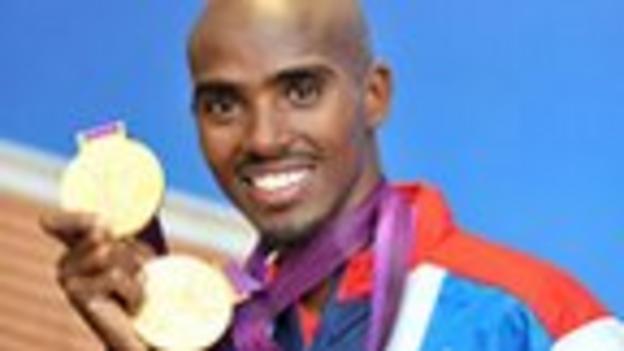 Won golds on successive Saturday nights, becoming the first Briton - and only the seventh man in history - to win both the 5,000m and 10,000m at the same Olympic Games.

What he said: "Those two medals are for my two girls that are coming. They're twins so there's one for each."

It was a case of fourth time lucky for Grainger as she finally gained an Olympic rowing gold medal after three silvers at successive Games. 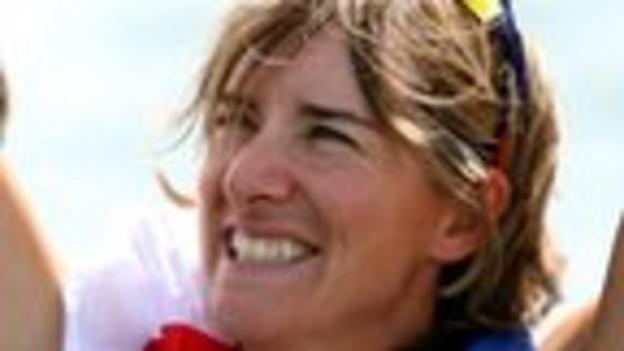 She and Anna Watkins surged to victory in the final of the women's double sculls for their 23rd consecutive win. Grainger became the first female British athlete in any sport to win a medal at four successive Olympics.

What she said: "It's the people's medal. I've felt so many people behind me who have wanted it as much as I have". 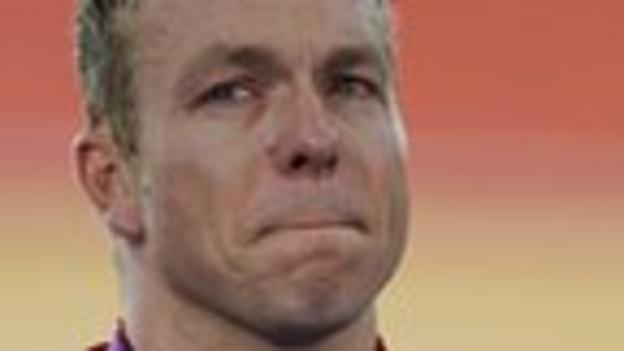 Having won on the first night of the track cycling in the men's team sprint, Hoy's emotional triumph in the keirin was the perfect velodrome finale for Team GB.

What he said: "I can't put into words what it means to me. It's one of the greatest feelings I have ever had." 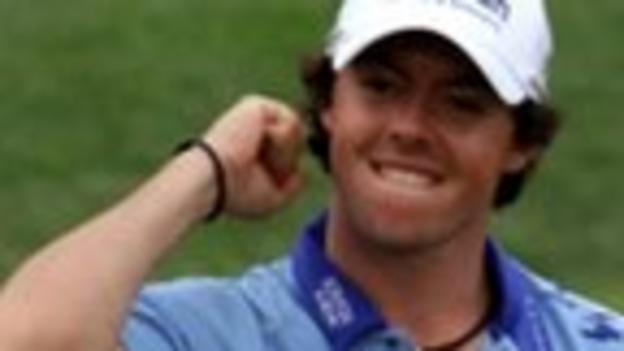 A stunning eight-shot victory at the US PGA Championship was the second Major of McIlroy's career and made him the youngest player to achieve that feat since Seve Ballesteros.

He then featured in Europe's Ryder Cup comeback victory over the United States and also topped the money lists on both sides of the Atlantic, to secure the world number one spot.

What he said: "I did want to go out there and prove a few people wrong." 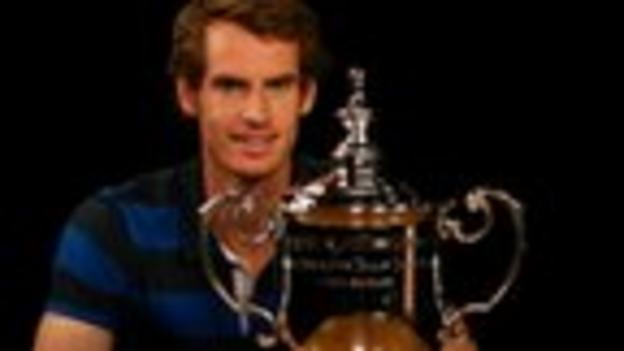 Murray ended Britain's 76-year wait for a British major tennis champion with victory in an epic US Open final against Novak Djokovic.

Two months earlier, the Scot was beaten in the men's final at Wimbledon by Roger Federer, but reversed that result to win Olympic gold and also picked up a mixed doubles silver with partner Laura Robson.

What he said: "It is what I have been working towards for the last 10 years of my life. It means the world to me." [After winning the US Open] 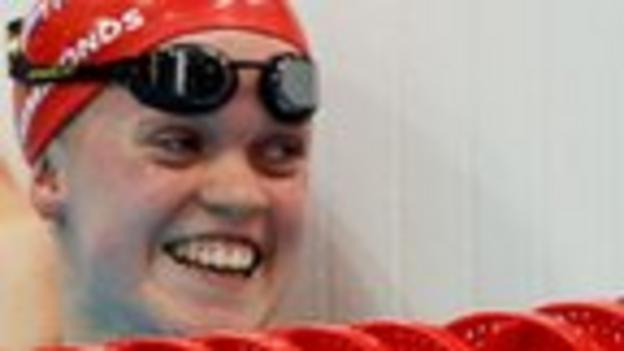 Won two Paralympic swimming golds in London to add to the two titles she secured as a 14-year-old four years earlier.

Simmonds broke her own world record to win the SM6 200m individual medley final, just two days after gold in the S6 400m freestyle. She also won silver in the S6 100m freestyle and bronze in the S6 50m freestyle.

What she said: "The crowd going mental definitely pushes you on and gives you that home advantage you need." 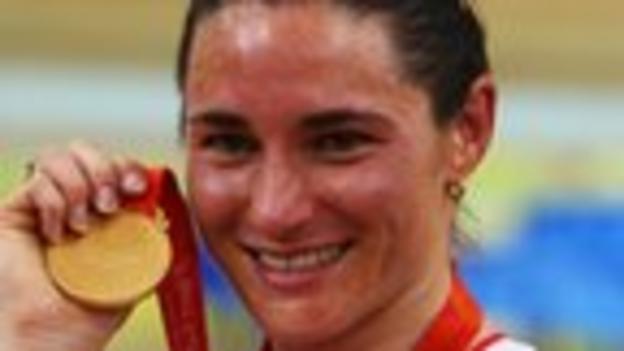 Her overall total of 22 medals is as many as the Olympic record held by swimmer Michael Phelps and come from two sports. She previously won five golds in swimming before switching to cycling for the 2008 Games.

What she said: " I can't quite believe that I've been so lucky to win in my home country with my home crowd." 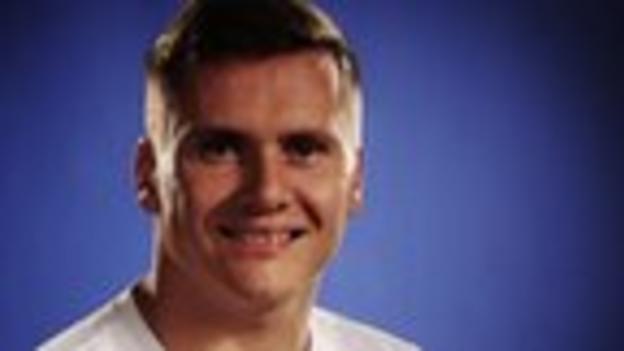 The wheelchair racer, nicknamed 'Weirwolf', won a clean sweep of four gold medals at his home Paralympics. He dominated the T54 category, winning the 800m, 1500m, 5,000m and marathon titles to give him a career total of 10 Paralympic medals.

Earlier in the year, he triumphed in the wheelchair race at the London Marathon for a record-equalling sixth time - matching Baroness Tanni Grey Thompson.

What he said: "In the marathon, people were howling as I went past and wearing 'Weirwolf' masks. It was just a great atmosphere"

Became the first British man to win the Tour de France, and then went on to claim the fourth Olympic gold medal of his career. 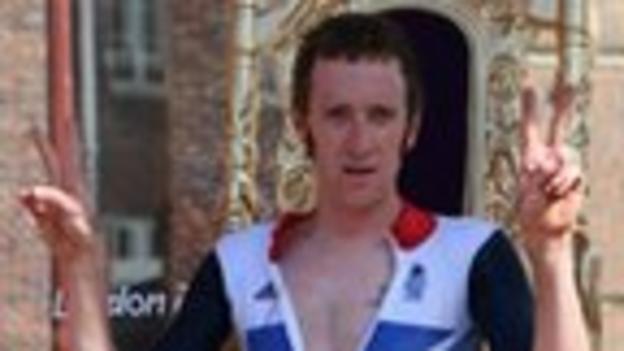 Wiggins made the leader's yellow jersey his own from early on in Le Tour's gruelling 20-stage, 2,173-mile race. His victory in the men's time trial at London 2012 gave him a record-equalling seventh Olympic medal for a British sportsman.

What he said: "It had to be gold today or nothing. What's the point of seven medals if they're not the right colour?"