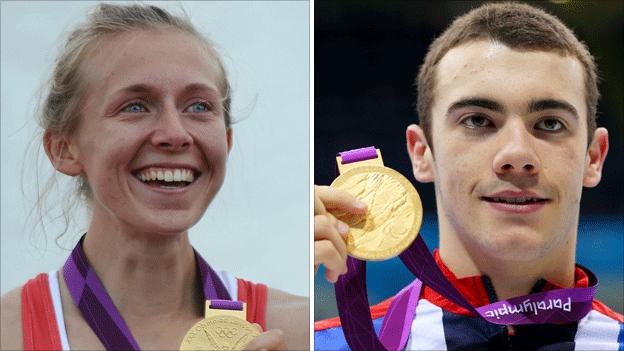 Copeland, 22, was one half of the lightweight double sculls pairing that won gold at London 2012.

Craig, 15, became the youngest Team GB winner when he claimed gold in the S7 400m freestyle and also picked up the Disabled Sportsperson prize.

He added: "I didn't expect to get one award so to get two is an honour and it shows how much success I've had this summer."

Newcastle Eagles, winners of a 'clean sweep' - all four domestic basketball competitions in 2012, were named Team of the Year.

Meanwhile Stephen Miller was the recipient of the Jackie Milburn Award, a recognition of the contribution to disability sport and his triple Paralympic gold medal success throughout his career.

Deerness Gymnastics Accademy were given the Sporting Inspiration prize, while the Unsung Hero award went to Peter Crawford from Billingham, who continues to train gymnasts at the age of 75.