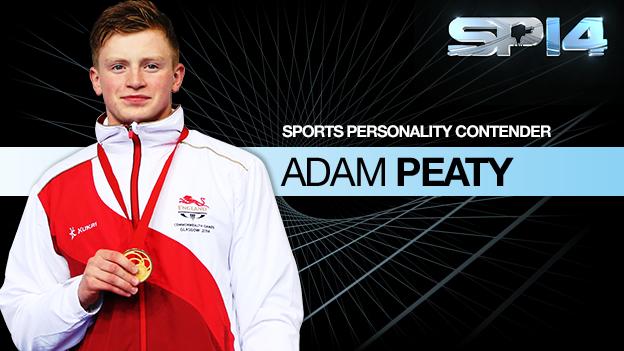 "He's had a phenomenal year competing against some of the best guys in the world" - former world swimming champion Mark Foster.

The inside track: Adam Peaty

"Adam's had a phenomenal year competing against some of the best guys around even if it wasn't at the World Championships or Olympics," said Foster.

"In the Commonwealth Games he beat the number two and three in the world, and at the Europeans he broke the world record.

"He seems so relaxed and confident. Every time you face him, you know you are going to have a race and will need to be on your game.

"If you look at the times and performances he's done this year, and when he did them, he should be on the starting block as one of the favourites at the 2016 Olympics in Rio. He can go faster.

"He was 12th in the world last year which goes to show how far he's come.

"Adam trains in a relatively small centre in Derby and has a great team around him. His coach Mel Marshall is a multiple Commonwealth Games winner, and his mentor is Olympic champion Rebecca Adlington. People who have been there and done it."