"Jess is a supreme competitor but she's well respected and admired by other athletes" - Denise Lewis, Sydney 2000 Olympic heptathlon champion, on Jessica Ennis-Hill.

Ennis-Hill, 29, is the latest contender to be profiled in the run-up to the BBC Sports Personality of the Year award on 20 December, as we focus on one of the 12 shortlisted nominees each day.

What they say - Denise Lewis

"Although no-one else had expectations, she had expectations for herself. She didn't want to leave those championships without a medal. It needed to happen to make all the sacrifices worth it.

"It was a leap into the unknown. She used to be at the top. The biggest adjustment she would have made, I think, is realising that her body wasn't going to perform the way she wanted it to instantly. So she had to be patient, she had to give it time.

"One of her team-mates [Katarina Johnson-Thompson], her biggest rival, fell down in the long jump, and Jess was there.

"Yes she's focused, but the empathy that she exuded at that moment, that was world class."

Jasper56: "With the comeback she has had since becoming a mother... whatever the votes... Jess is a WINNER!!"

Terri Ritchie: "My vote goes to Jess Ennis for the incredible comeback as well as being an amazing role model for women's sport." 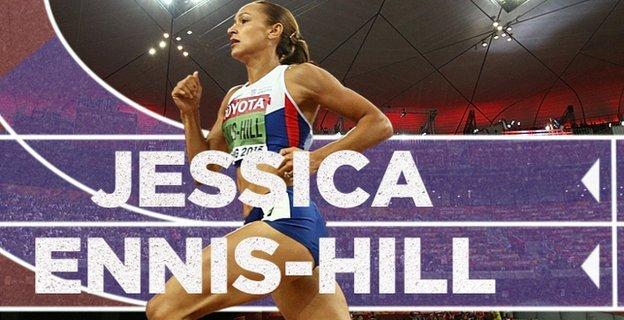 Whether you want to run, jump, throw - or mix them up, athletics can find a home for you.