"Every year he has moved the bar up" - F1 pundit Eddie Jordan on Lewis Hamilton in our Sports Personality contenders series.

Hamilton, 30, is the latest contender to be profiled in the run-up to the BBC Sports Personality of the Year award on 20 December, as we focus on one of the 12 shortlisted nominees each day before the show.

What they say - Eddie Jordan

"He has matured beyond all scope and grown into something that is very special.

"What sets Hamilton apart from anyone else is his style and the way he goes about his business. He's a cult figure. He's bigger then Formula 1 in many respects.

"Every year he has moved the bar up. He makes it more difficult for anyone to come close to him. I think he has that little extra. Lewis has the potential to equal Michael Schumacher's record of seven championships and surpass it.

"At this stage, Lewis has every driver in his hand. And that's the sign of real greatness. You can see the swagger in him. This is someone comfortable in their own skin, their own ability and brilliance."

Liam Catterson: "If Lewis Hamilton wins #SPOTY again this year, I wouldn't be shocked. The guy has had a dominating season, so why not?"

Lo: "Hamilton wins it for me, three-time world champion. Two years running - first ever Brit to do it in my lifetime." 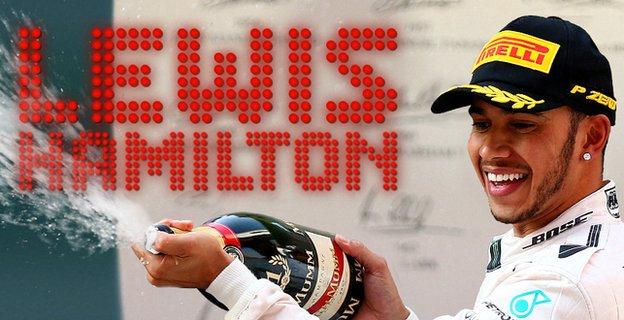 If you like fast-paced activities that get your heart pumping and your brain working, motorsport could be for you.

Visit the Get Inspired website to find out more on how to get into motorsport.