Whitlock, 22, is the latest contender to be profiled in the run-up to the BBC Sports Personality of the Year award on 20 December, as we focus on one of the 12 shortlisted nominees each day before the show.

What they say - Matt Baker

"What is so impressive about Max Whitlock is that he's an all-round gymnast. What I love is that people come up to me and want to talk about gymnastics - that was not the case a few years ago.

"Beth Tweddle did an enormous amount for British gymnastics, then Louis Smith for the men, and now Max has taken on the baton and has delivered the message so convincingly to the rest of the world that now when you turn up at a competition, it's the British gymnasts who are the ones to watch.

"It feels so exciting to be a part of the sport at this point in its history. I don't think there's a better spectator sport now - it's like the ultimate circus.

"You sit there amazed at what these athletes put their bodies through; it's entertaining and mesmeric. When you have gymnasts who are the best in the world at it, it's incredibly satisfying for a spectator."

Rowena: "Would love Max Whitlock to win #SPOTY, such great achievements at Worlds." 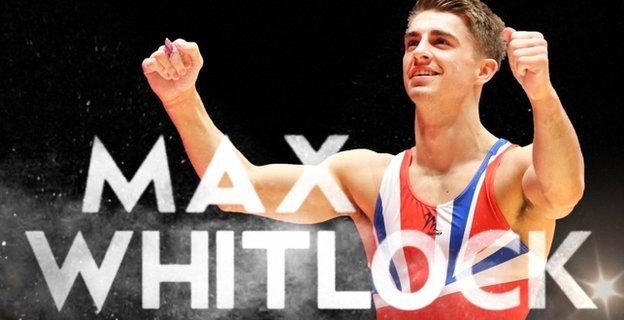 Gymnastics helps to improve your flexibility, balance and coordination as well as boosting concentration.

Visit the Get Inspired website to find out more on how to get into gymnastics.