Leicester City have been honoured twice at the BBC Sports Personality awards for their shock Premier League triumph.

The Foxes took Team of the Year and their manager Claudio Ranieri was named top coach after overseeing the remarkable victory.

Leicester started the campaign as 5,000-1 outsiders for the title after almost being relegated in 2014-15.

They lost just three league games in 2015-16 and have gone on to reach the Champions League knockout stages.

At the start of April, Leicester were seven points clear at the top of the Premier League. Exactly one year earlier, they had been bottom of the table, seven points from safety.

The Foxes started the season among the favourites for relegation and only the three promoted sides - Watford, Norwich and Bournemouth - were longer odds for the league title. 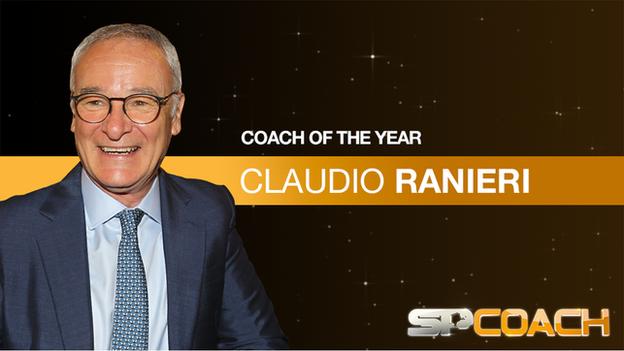 Ranieri, who took over from the sacked Nigel Pearson that summer, was seen as an uninspired choice by some fans and pundits after his predecessor had overseen a run of seven wins in nine games as Leicester escaped relegation in 2014-15.

The Italian's previous job ended abruptly when his Greece side lost to European minnows Faroe Islands during Euro 2016 qualifying.

Yet the charismatic 64-year-old's team - assembled for less than £30m and playing pacy, direct, counter-attacking football - confounded the experts. 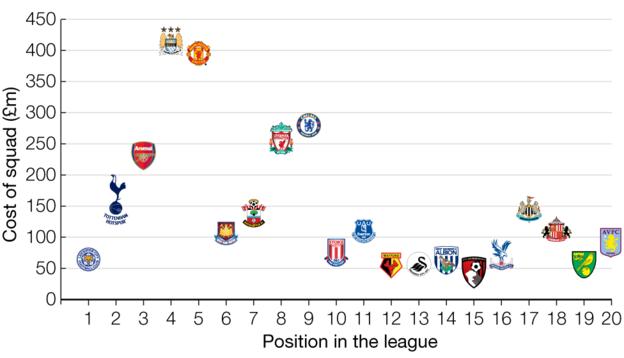 The moment Leicester players found out they'd won the league...