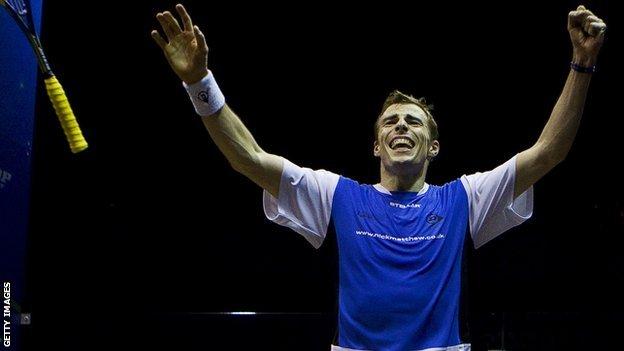 Nick Matthew remains on course to become the first Englishman in the British Open's 82-year history to win the title for a third time.

Sheffield-born Matthew, whose previous two final appearances in 2006 and 2009 ended in victory, faced Barker in the last-four match after the sixth seed from London upset second-seeded Frenchman Gregory Gaultier in the quarter-finals.

"I was pleased with the way I started," said Matthew. "I knew Peter had a hard match last night so I wanted to get on top early and I managed to do that.

"I'm looking forward to playing the final tomorrow in such a tremendous venue and atmosphere."