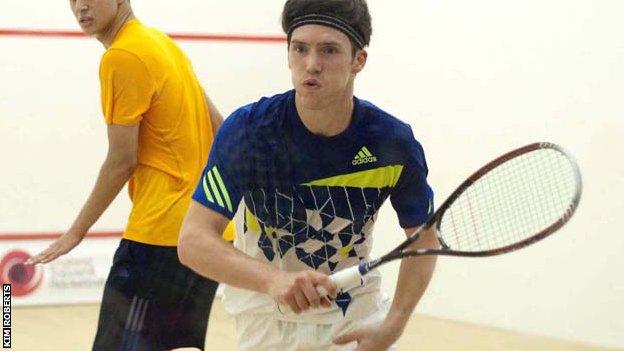 Guernsey squash player Chris Simpson is confident he can return to the world top 40 by the autumn.

The 25-year-old won the Kent Open last week and is 43 in the Professional Squash Association rankings.

"Last year started off really badly in September and October, but since then I'm really happy with how it's gone," he told BBC Guernsey.

"I should be back in the top 40 by September and I feel like I can really push on from there."

Simpson continued: "I've had some really close results with some of the top guys but not really managed to do it.

"But there's been promising signs and it's looking good for next year."

Simpson, who has represented Guernsey at the last three Commonwealth Games, turned professional in 2005.

His highest ever world ranking is 38, which he achieved in September 2009.