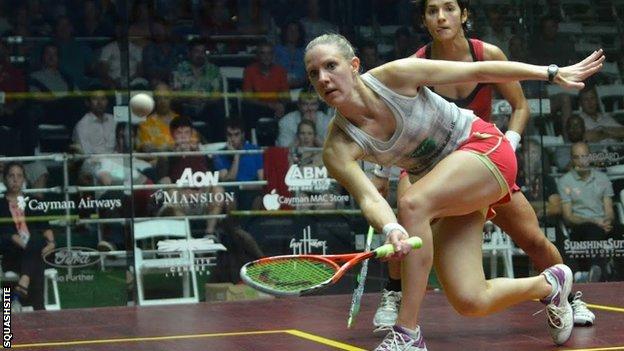 "I'm really pleased to get through here," said Perry.

"My form has been a bit up and down but this is the World Open and I really like coming here, so I wanted to be able to perform."

"I think I played well enough to win," said Duncalf.

"Camille's been playing well so to get her in the second round was tough, she always makes you work hard, but I feel like I'm playing better at the moment than I have for most of the year."