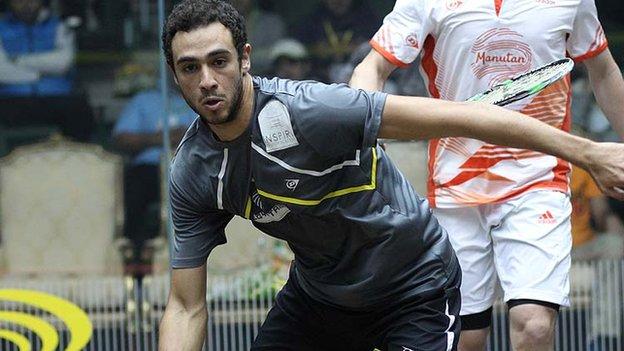 Egypt's world champion Ramy Ashour extended his unbeaten run to 36 matches and seven tournaments with victory over James Willstrop at the Kuwait Cup.

Ashour has now won 30 PSA World Series titles and last lost a match in May.

"He's a great person, on and off court," Ashour said of Willstrop. "He's a gentleman and I've learnt a lot from him. He's a great player."

Ashour had come close to losing his unbeaten record in the quarter-finals against compatriot Amr Shabana.

After coming back from two games down, Ashour described it as "one of my toughest ever matches - both mentally and physically".