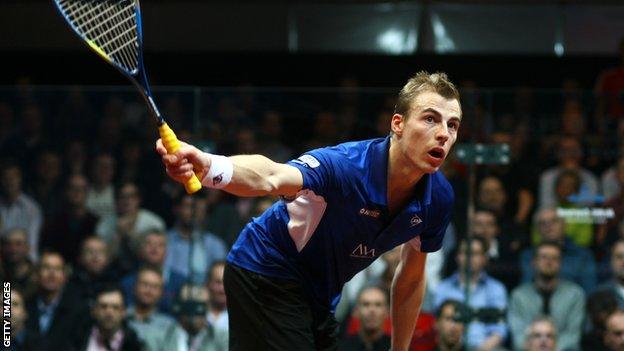 It is the second time in three years the 29-year-old has reached the US Open final.

"It's great to be back in the final in a big event like this," said Massaro.

Meanwhile Matthew, who won the US Open six years ago after beating Leeds-born Willstrop in the final, is hoping for more silverware.

The British champion said: "I'll need to be fresh as possible for the final. I'm not putting any pressure on myself.

"He's (Gaultier) played 75 matches this season and I've played four, so he's much more match sharp than I am. I'll just go out to express myself and enjoy it, and if I happen to win that would be great."