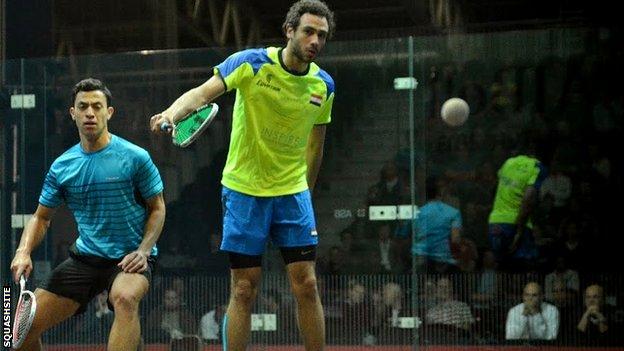 Top seed Ramy Ashour raced into the last 16 of the World Championship and was joined by leading English hopes Nick Matthew and James Willstrop.

"Early rounds are not always easy, sometimes you feel that you're not fully there and that was one of those today," said Matthew.

"It felt earlier than one o'clock for some reason today, it felt more like an 11 o'clock. It was a bit strange. You know you're not always going to play well six days in a row, but sometimes you just need to get the job done.

"If I want to win I'll have to play a bit better, especially when the calibre gets a bit better, but that's the way you want it really."

Ashour has now won his last 47 matches on tour, and 51 including the world team championship, stretching back to May 2012, but he was taking nothing for granted.

"There are so many surprises in this tournament," said the 26-year-old. "I try and not think about anything but dealing with the surprises of the day!

"There is so much pressure, so much thinking, and the higher your ranking, the more the pressure, thinking. So just one day, one match. No thinking."

England's seventh seed Peter Barker led by two games to one when he was forced to retire with an injury against Henrik Mustonen of Finland.