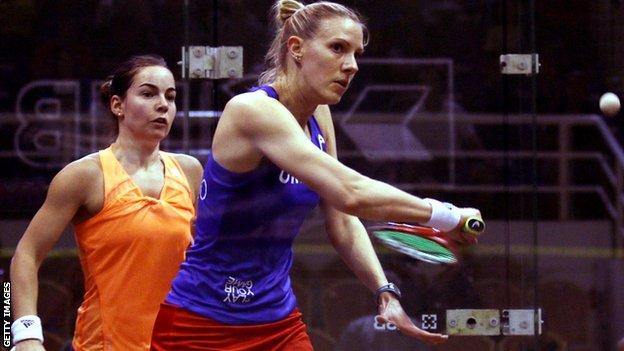 Laura Massaro will carry English hopes into the last eight of the squash World Championship after beating compatriot Jenny Duncalf 3-0 in Penang, Malaysia.

"Not the best after my birthday," Waters, who turned 30 on Wednesday, told the Women's Squash Association website.

"But Sherbini played really well. She was confident and was controlling the 'T'. The headstart she had was just too much for me."

The tournament is in fact the 2013 World Championship, finally taking place now after organisers failed to secure a venue during the calendar year.

Malaysian superstar David is the big draw, her status evident in the fact that the event is being held at the Nicol David International Squash Centre.

The 30-year-old has not lost a World Championship match since 2007, and beat Massaro in the 2012 final in the Cayman Islands.