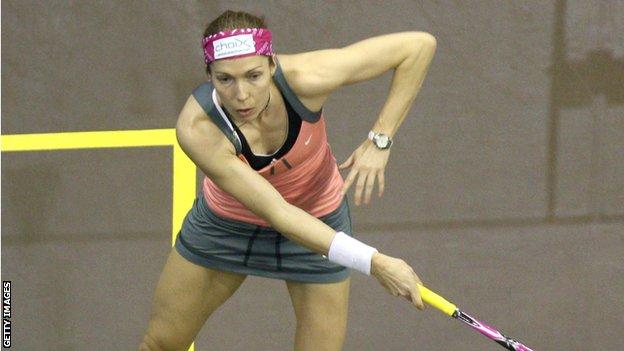 Northern Ireland's Madeline Perry is out of the World Championships after losing in five sets to Raneem El Weleily of Egypt on Friday.

Number three seed El Weleily, 25, will play Laura Massaro of England in the semi-finals in Malaysia.

Perry defeated the Egyptian at the Tournament of Championships in November in New York.

That victory ended a losing sequence against the Egyptian which included last year's British Open quarter-final.

El Weleily raced away with the third game 11-3 before the Northern Irishwoman regrouped to bring the match the distance by taking the fourth 11-7.

However, El Weleily closed out the match by taking the fifth 11-7 as she joined her compatriot Nour El Sherbini in the semi-finals.

Perry had battled back from two games down to beat England's Sarah-Jane Perry in the quarter-finals.