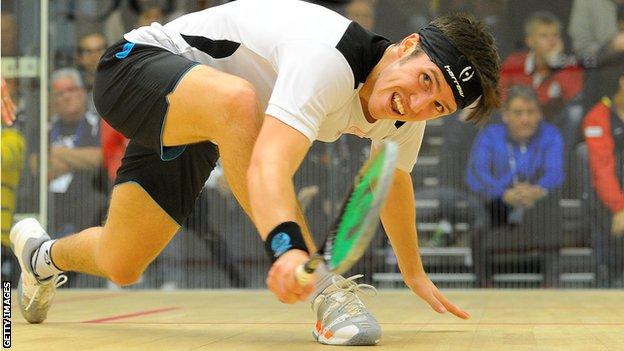 Guernsey's Chris Simpson says breaking into the world's top 20 squash players is the realisation of a lifelong goal.

The 27-year-old, who will compete at his fourth Commonwealth Games in Glasgow, will now have direct access to the world's top tournaments.

"It's something I've been looking to do for a long time and it's been a big goal of mine, especially this season," Simpson told BBC Radio Guernsey.

"It's great having that next to my name and it'll be around forever now."

Simpson still has three Professional Squash Association events left this season before taking an eight-week break ahead of representing Guernsey at Glasgow 2014.

"It's a real benchmark making the top 20. After that it's the top 16 because that's winning a round at the biggest tournaments.

"I want to keep moving up in direction as I have been in the last year or so," he added.

"It's going to be very hard, but as long as I keep working and keep really focused and doing the right thing, I think I can stay in there."