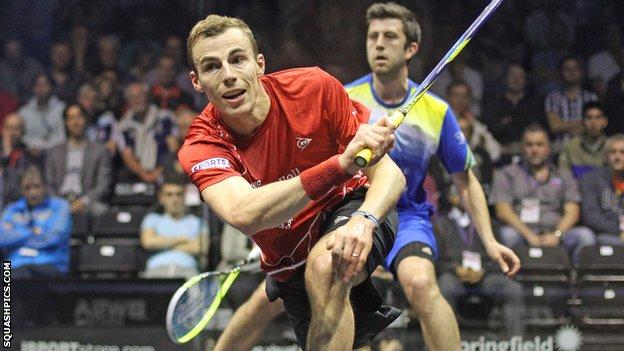 English trio Nick Matthew, Laura Massaro and Sarah Kippax all reached the quarter-finals of the Allam British Open in Hull.

"Daryl is a dangerous opponent and he has been throughout my career. He's a player I've always had to approach carefully as he's physically strong so we share a lot of attributes.

"If I'm not firing on all cylinders he can overtake me doing the things I'm good at and I can sometimes struggle to come up with a plan B against him as he's one of the few players who can take me on at the physical game."

In March, defending champion Massaro became the first ever British woman to hold both the World and British Open titles at the same time.

Speaking after defeating Au, the 30-year-old said: "To say I'm chuffed to get through is an understatement. Although I can get quite fiery, I was even more fired up tonight. I really wanted to win and I had to be at the top of my game as Annie is such a talented player."

"It was a long one," she said. "The first game seemed to go on forever but it was a truly great match. It's my first ever quarter final of a World Series event so I'm thrilled."