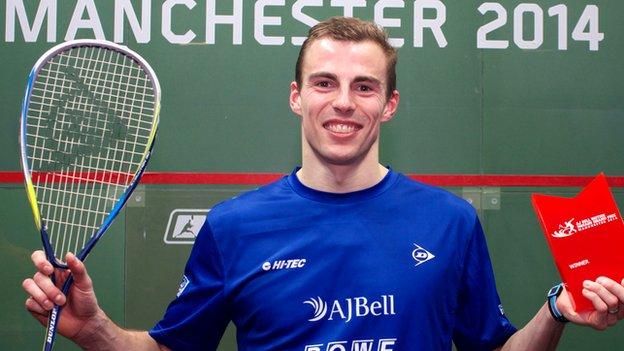 The 34-year-old had to dig deep after coming through a gruelling 103-minute semi-final with top-seed Gregory Gaultier.

"It is a great way to end the year," said Matthew.

"It was a great match against Mathieu today - it's credit to him that the crowd were cheering loudly for him at the end."

Castagnet, who beat Colombia's Miguel Angel Rodriguez 11-2 16-16 13-11 in his semi-final, said: "I didn't expect to reach a final this week and it was such a great pleasure for me to make it.

"I did my best but he was too strong for me today. Even when I was pushing hard he was playing well and I want to congratulate him."