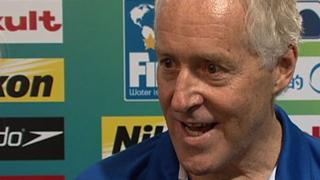 Great Britain swimming performance director Michael Scott says that his team displayed its great "strength and unity" after three gold and three silver medals mean they finish as the top European nation at the Fina World Championships in Shanghai.

GB's swimming chief admits that it was a "week of highs and lows", but is happy with his squad's strong finish to the competition.

Describing swimming as now being a "global game of inches", Scott is convinced that small improvements can lead to great success for Team GB in the pool at the 2012 London Olympics.