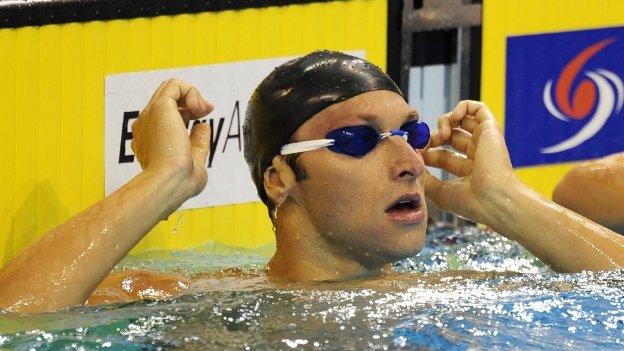 Five-time Olympic champion Ian Thorpe says he has no regrets despite failing to qualify for London 2012.

Thorpe needed to make the top 16 in the 100m freestyle to reach the semi-finals of the qualifiers but finished 21st with a time of 50.35 seconds.

On Thursday the 29-year-old also failed to make the 200m freestyle final, finishing 12th-fastest in the semis.

Thorpe, who came out of retirement last year, had struggled to post competitive times since returning to the pool.

But although disappointed to miss out on what would have been his third Olympic Games, Thorpe said he was considering carrying on.

He said: "Compared to how I have raced before and how I have competed, the success that I have had, this does look like doom compared to it.

"But I'm glad that I was willing to put myself out there. I don't regret giving this a go."

He still has the desire he said, with next year's World Championships in Barcelona, the 2014 Commonwealth Games in Glasgow and the 2016 Olympics in Rio on the radar.

"I'm still swimming. When I started this I wanted to get back in the pool, I wanted to race and I wanted to go to the Olympics. I still want to do all of those things.

"I've missed out on a huge goal but the desire is still there."

The Australian selection criteria means the top two finishers in each event in Adelaide take the individual places for London, with the top six making the relays teams.

World champion James Magnussen was the fastest qualifier for the 100m final in 47.93 seconds ahead of Matthew Targett (48.65), while Thorpe's fellow veteran Michael Klim finished 11th to miss out on a final place. He will now concentrate on the 100m butterfly.

Thorpe had quit swimming in 2006 after winning three gold medals at the 2000 Games in Sydney and two titles in Athens four years later.

In addition to his Olympic success, Thorpe claimed 11 world titles and 10 Commonwealth Games gold medals, six of which he won in Manchester in 2002, and set 13 long-course records.