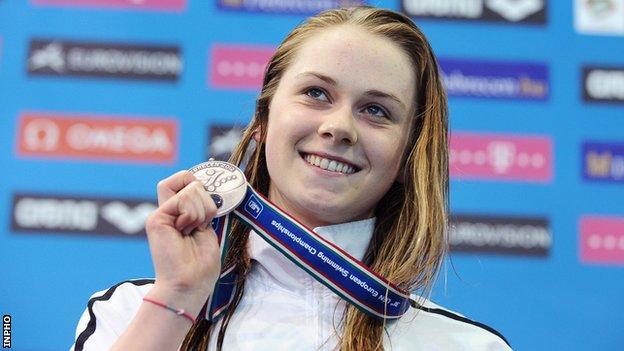 Sycerika McMahon won her first major senior medal as she took a brilliant silver in the 50 metres breaststroke final at the European Championships.

The 17-year-old set a new Irish record of 31.27 in the non-Olympic event as she finished only .02secs behind the Czech Republic's Petra Chocova.

Sunday's performance completed a tremendous championships for the Portaferry youngster in Hungary.

She secured an Olympic place in the 100m breaststroke earlier in the week.

Melanie Nocher also qualifed for the London Games after finishing fifth in the 200m backstroke final while Grainne Murphy and Barry Murphy had already booked their Olympic spots.