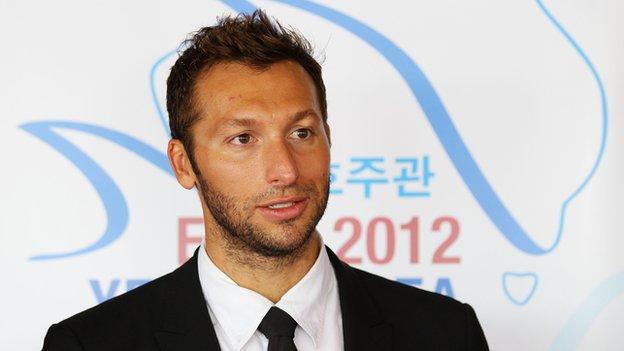 Australian swimming great Ian Thorpe has revealed he battled with "crippling depression" throughout his career.

In his autobiography, the five-time Olympic gold medallist says the illness was so bad at times he thought of suicide.

The 30-year-old added that at some of the worst times he turned to drinking large quantities of alcohol.

"It was the only way I could get to sleep, but it didn't happen every night," he said.

"However, there were numerous occasions, particularly between 2002 and 2004 as I trained to defend my Olympic titles in Athens, that I abused myself this way - always alone and in a mist of disgrace.

"I even considered specific places or a specific way to kill myself - but then always baulked, realising how ridiculous it was. Could I have killed myself? Looking back, I don't think so but there were days in my life that even now make me shudder."

Thorpe said he was able to hide the effects of alcohol from team-mates and coaches and continued to enjoy one of the best periods of his career, despite his private battle with depression, which he said he had never spoken about even to his parents.

"Not even my family is aware that I've spent a lot of my life battling what I can only describe as a crippling depression," he wrote.

"Now I realise it's time to be open and I need to talk to them about it."

The man known as the "Thorpedo" retired in 2006 aged 24. He came out of retirement in a bid to make the London Olympics but failed to qualify at the Australian trials in March and was instead part of the BBC commentary team for the Games.