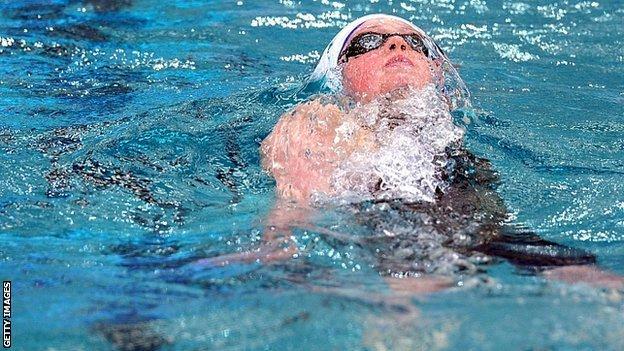 "I've got a busy week ahead and am training through it so to swim so quickly is good," said Miley.

The 23-year-old was eighth at the end of the butterfly leg, and found herself in fourth on the backstroke before her breaststroke leg saw her first at the turn.

But Hosszu - fourth in the 400m individual medley at London 2012 - beat her on the final freestyle leg to deny Miley gold.

Miley, who reached three finals but failed to find the podium at London 2012, attributed the result in France to her new training regime.

"I've changed my training programme and it's showing it works," she said.

"Every season we change things slightly and I'm pleased with the effect it's had."

Britain has taken an 18-strong team to Chartres ahead of next month's World Short Course Championships in Istanbul.

Lauren Quigley set a personal best of 58.44 seconds to qualify for the 100m backstroke final in her first senior international competition.