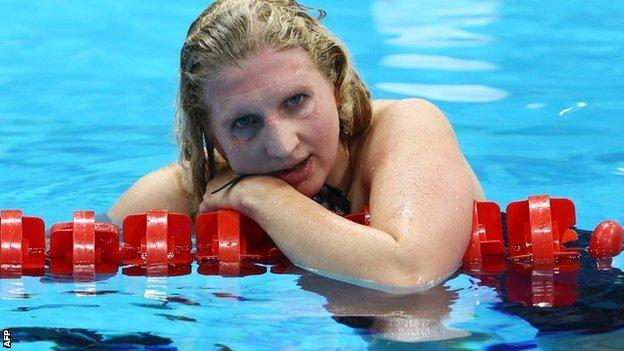 British Swimming says its performance programme does not need a "major overhaul or change of direction" after reviewing its London 2012 results.

Michael Jamieson's silver and two bronzes for Rebecca Adlington were Team GB's only medals in the pool after being set a target of five to seven.

The review found that British Swimming was broadly delivering its objectives.

We need to make changes and some significant improvements

ParalympicsGB chef de mission Craig Hunter, who chaired the panel, stated: "The programme is not broken."

He added: "It is clear from the consultation completed that no one single factor is responsible for shortfalls in the number of medals won in London.

"The process has highlighted a number of areas where there were some shortcomings in technical leadership, in delivery, or where systems and processes in place did not function as well as they should.

British Swimming chief executive David Sparkes welcomed the findings, saying: "Words fail me in expressing our disappointment with the results from the London Olympics.

"The report gives a clear indication that the overall structure and strategy within British Swimming is correct, however, we also need to make changes and some significant improvements.

"Both the British Swimming Board and I are committed to implementing these.

"Today we start a worldwide search for a new national performance director and head coach for the programme.

"It will be this new leadership team's job to drive forward these recommendations and we will look to appoint as quickly as possible."

The review led to the resignation of performance director Michael Scott.