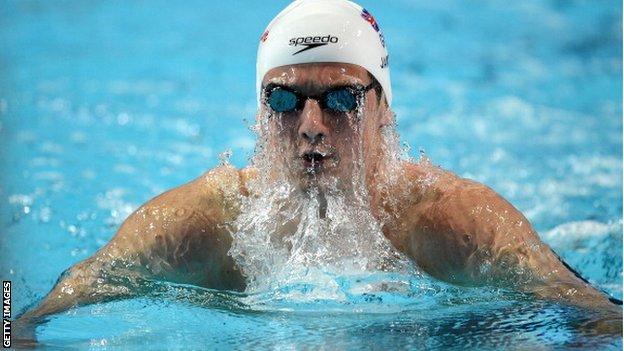 Michael Jamieson will lead the British challenge at this weekend's international meeting in Leeds as his team-mates return to long-course action for the first time since London 2012.

Scot Jamieson won silver in the 200m breaststroke at the Games - one of only three Olympic medals won by Team GB.

Miley, fifth in the Olympic 400m individual medley, will face team-mate Payne, fourth in the open water, in the 800m freestyle.

Southport's Halsall will come up against Dutchwoman Ranomi Kromowidjojo, who won the Olympic 50m and 100m freestyle titles.

Halsall also won silver at the recent short-course event in Istanbul, as Britain came back with a total haul of six medals.

It was an improvement on the disappointing performance at London 2012. The inquest that followed resulted in the resignation of national performance director Michael Scott in November 2012.