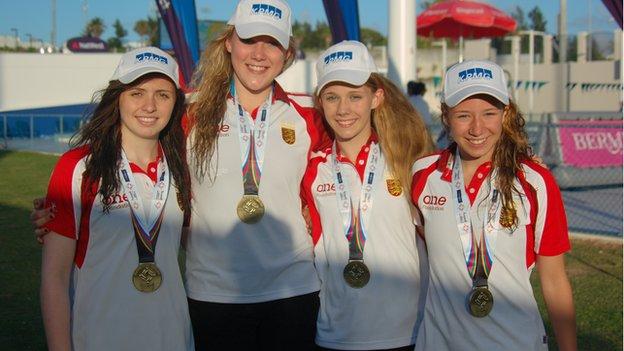 Jersey knocked nearly five seconds off the Island Games record on their way to securing gold in the 4x100m freestyle relay in Bermuda.

It smashed the record already held by Team Jersey, set in 2011.

"It was so exciting," said 17-year-old Bashforth, who swam a strong final leg to ensure the gold.

"I was really nervous I was going to screw it up for the team but I was just so pumped for it."

The gold was one of six medals won by Jersey in the pool on Wednesday.

On what turned out to be another superb night for Bashforth, she also won the individual 400m freestyle and picked up bronze in the 200m backstroke.

Jersey's swimming medal haul has reached 25 after three nights, matching the tally in the pool from the 2011 Games, but with one night of action still remaining.