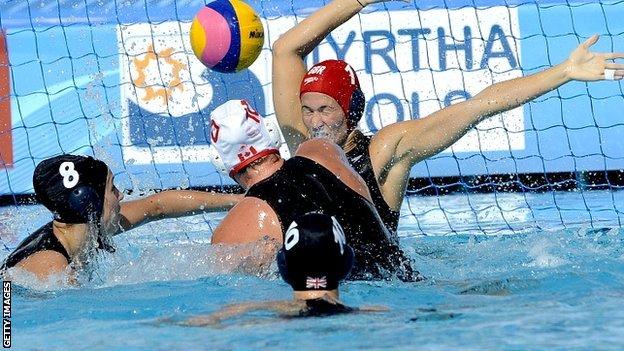 The British team, who only trailed 11-8 going into the final quarter in Barcelona.

"Coming away we are a bit disappointed because we know we made a few mistakes," said GB captain Rosie Morris after the Group C defeat.

"A few years ago we would have taken this result, so it shows how far we have come. We need to learn to cut out our mistakes."

In their remaining group matches, Britain will play Greece on Tuesday and the United States on Thursday.