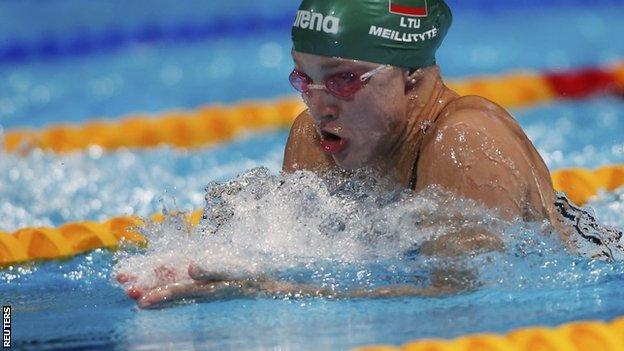 Lithuanian sensation Ruta Meilutyte finished narrowly outside her own world record as she took 50m breaststroke gold at the World Junior Championships.

The Plymouth-based star swam a time of 29.86 seconds in her heat, 0.38 secs slower than the mark she set at the World Championships in Barcelona.

Britain's Sophie Taylor claimed the bronze in a time of 31.38.

Meilutyte had already set a Championship record of 30.04 in the semi-finals, but went quicker again in a dominant display in the final in Dubai.

On a productive second day of the championship, she also qualified for the final of the 100m freestyle in a time of 55.16.