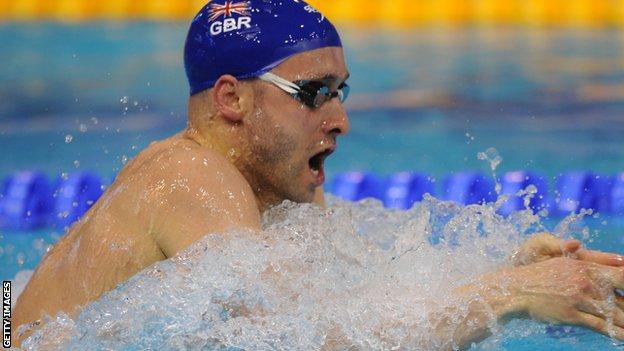 Commonwealth champion James Goddard has retired and will not defend his 200m individual medley and 200m backstroke titles next year.

The Stockport-based 30-year-old competed in the Athens, Beijing and London Olympics, finishing seventh in the 200m individual medley last summer.

"It's time to find something new in my life," explained Goddard.

"I've been a full-time international swimmer since I was 18, and after 12 years it's time for new experiences."

Goddard was born in the Seychelles but represented England at the Commonwealth Games in 2002, where he won gold in the 200m backstroke, 2006 and 2010.

His best finish at an Olympics came in 2004, but it was also a controversial Games for the swimmer.

He was originally given third place in the 200m backstroke in Athens after the disqualification of winner Aaron Peirsol, but just 20 minutes later the United States team won an appeal against that decision and Goddard was demoted to fourth.