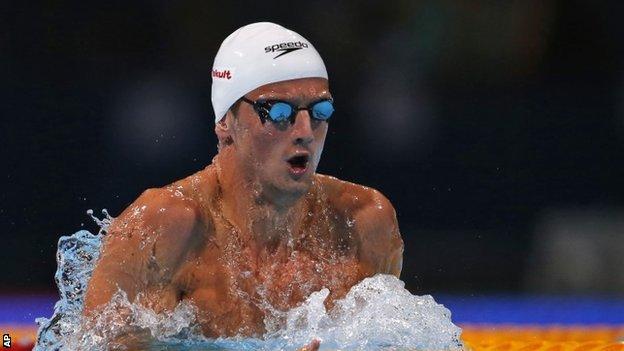 Scotland's Jamieson, second in Saturday's 200m breaststroke, finished in the same position in the 100m, 0.41 seconds off Australia's Kenneth To.

The results are Britain's first podium finishes of the eight-meet series.

The 16-year-old, who is based in Plymouth, set a new world record on Saturday and came within nine hundredths of a second of American Jessica Hardy's four-year-old mark for the shorter distance.

The next event in the World Cup series takes place in Dubai on 17 and 18 October.