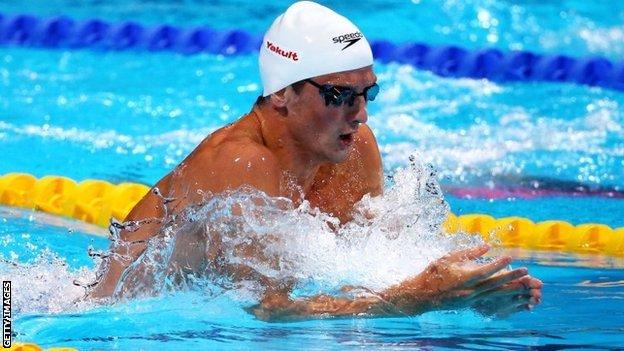 The 25-year-old finished 0.41 seconds behind Australia's Kenneth To.

On the opening day, Scotland's Jamieson had led the qualifiers from the morning heats before winning the 200m breaststroke final in two minutes 6.68 seconds - 1.5 seconds clear of the field.

Fran Halsall finished fourth in the 50m freestyle after being beaten to bronze by Denmark's Jeanette Ottesen.