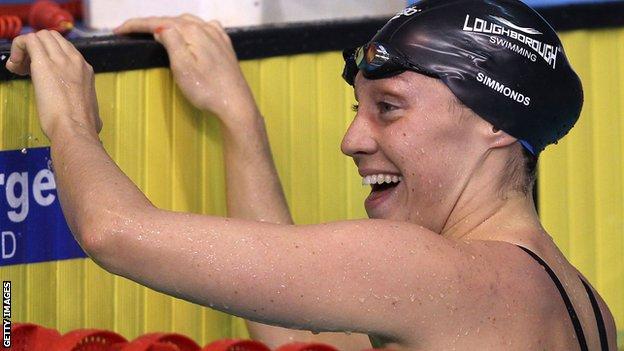 Lizzie Simmonds picked up two silver medals and a bronze in the penultimate stage of the World Cup series in Tokyo.

Simmonds narrowly missed out on gold in the 50m backstroke by 0.01 seconds as Brazil's Etiene Medeiros triumphed.

The Ukrainian pipped Simmonds in the 100m, but both were beaten by gold medallist Emily Seebohm from Australia.

London 2012 silver medallist Michael Jamieson continued his run of finishing in the top three at the previous six legs of this year's World Cup with bronze in the 200m breaststroke.

Sophie Allen claimed bronze in the 200m individual medley in a time of 2:06.69, while team-mate Siobhan-Marie O'Connor finished seventh in 2:09.13.