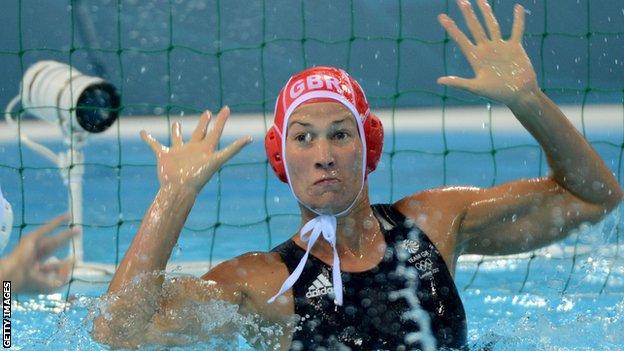 Great Britain's women's water polo team have qualified for the European Championship after beating Portugal 14-8 in their final qualifying match.

The victory, along with wins over Ukraine and Israel, means GB finish second in Group A behind Netherlands.

They will travel to Hungary for the finals in Budapest in July.

"We're all really pleased that we've qualified again for the final and look forward to that challenge in the summer," said captain Rosie Morris.

Britain opened the scoring at the end of the first quarter with a goal from Fran Clayton, and managed to retain the lead for the remainder of the match, thanks largely to Ciara Gibson Byrne, who scored four goals, including two penalties.

The team now travel to Barcelona to play Spain in a Fina Women's World League match on Tuesday.