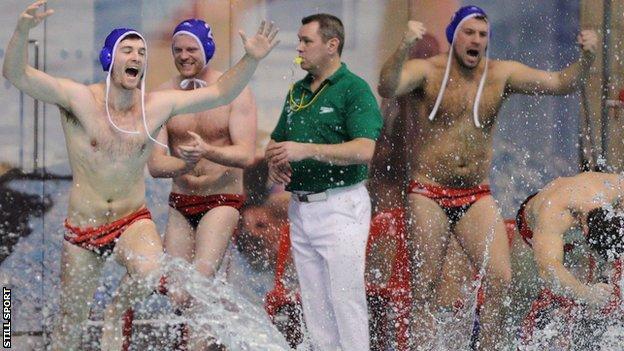 Cheltenham are the men's British water polo champions after a tense penalty shoot-out win over City of Manchester.

Liverpool Lizards beat London Otter 15-12 in the ladies final to win the title for the first time in their history.

With the men's final level at 8-8 after normal time, Cheltenham goalkeeper Sam Legge saved twice in the shoot-out, leaving brother Adam to seal a 4-3 win.

"Playing at Manchester's home venue, and being up against an Olympian in their goal, we knew the shoot-out would be difficult but our penalties were superb," the 24-year-old continued.

Three goals from Jake Vincent had helped give Cheltenham an 8-4 lead going into the final quarter at Manchester Aquatic Centre.

However, reigning champions Manchester fought back after their opponents were briefly reduced to six men for a 'brutality exclusion'.

Shafie added: "It was a relief for us to get the job done in the end, after having had such a commanding lead."

Ladies champions Liverpool owed much to their captain, Fiona McCann, who scored five goals in the final.

Manchester's women, who had won the national title in each of the last six years, lost in the semi-finals but secured bronze with a 13-10 victory over Coventry in the third-place play-off.