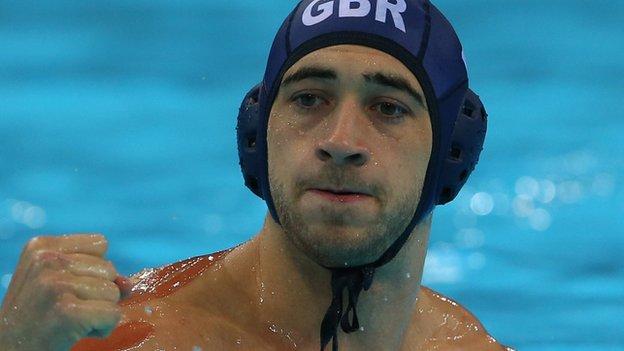 Great Britain men's water polo team have failed to qualify for the 2014 European Championship after a two-legged play-off defeat by Romania.

They were beaten 18-8 in Sunderland as they attempted to turn around an 18-7 loss after the first leg in Bucharest.

Britain were tied 6-6 with their more experienced opponents at half-time.

Ciaran James completed a hat-trick for the home side in the third quarter, but the Romanians took command to secure a convincing victory.