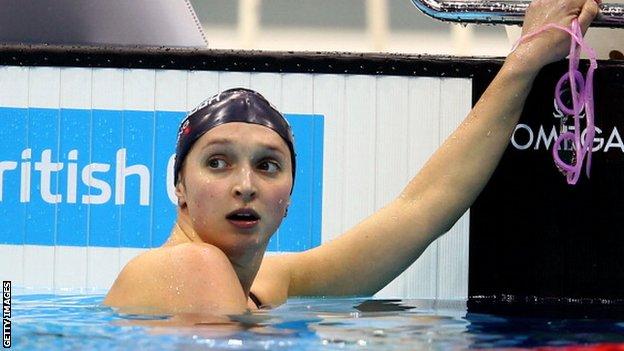 McClatchey, 29, competed for Britain in three Olympic Games and won two gold medals at the 2006 Commonwealth Games in Melbourne.

She said she was excited about embarking on new challenges following an "incredible 10-year career".

McClatchey intends to remain in sport to help others after completing a Masters degree in Performance Psychology.

In a statement, the Scot added: "I have some amazing memories and I am very proud of my achievements in the sport.

"My career highlight was when I became double Commonwealth Champion and won Scotland's first gold medal at the Melbourne Commonwealth Games.

"I'm very excited to be starting a new chapter and taking on new challenges. Once I have finished my Masters degree in Performance Psychology I want to be involved in sport and help others to perform at the highest level.

"I'm looking forward to supporting the next generation of British swimmers and watching them achieve incredible things at the Rio Olympics next year."