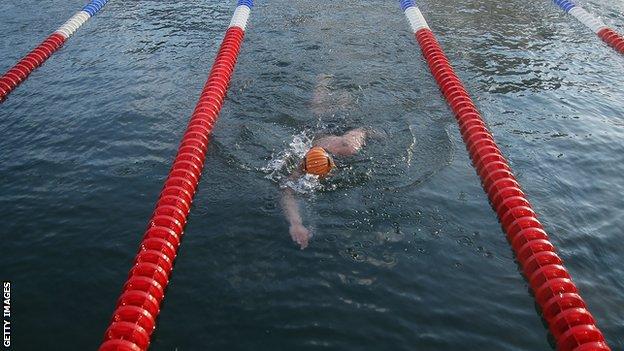 National governing body Swim England has apologised and removed an article from its website which suggested how women could look slimmer in the pool.

The piece advised that women with a "jiggly belly" should avoid wearing bikinis, and said being pear-shaped has "often been the plague of women".

A Swim England spokesperson told BBC Sport: "This was an old web page from 2010 that does not represent the views of Swim England. As soon as the article was brought to our attention we removed the page and are in the process of replacing it with more appropriate information.

"Swimming is one of the most accessible activities for people of all ages and abilities. We want everyone to feel comfortable in the water so they can take advantage of the many benefits swimming has to offer.

"We apologise for any offence this old information may have caused and hope this won't deter people from continuing to enjoy the water."

The Swim England website has published a new guide.

Snippets from the removed article: