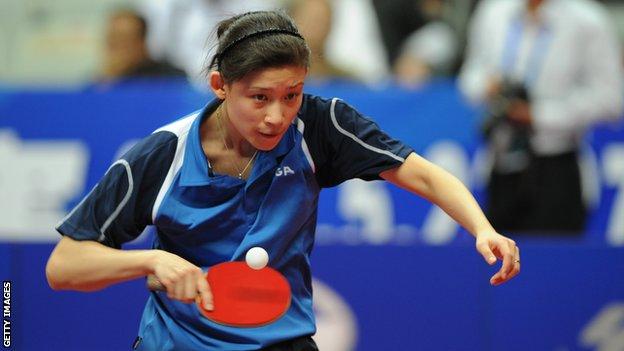 Belfast table tennis player Na Liu was on the losing side as the Great Britain women's team crashed out of the Olympics in the first round.

The British trio of Joanna Parker, Kelly Sibley and Na Liu, who moved to Belfast in 2001, were soundly beaten.

Na, who is ranked 153rd in the world, made too many costly unforced errors.

Her game with Kim Jong was not as competitive as the other games in Great Britain's section and despite enjoying some good moments, she was eventually beaten in straight games..

Na, 29, was raised in China's north-east province of Liaoning before moving to Northern Ireland 11 years ago.