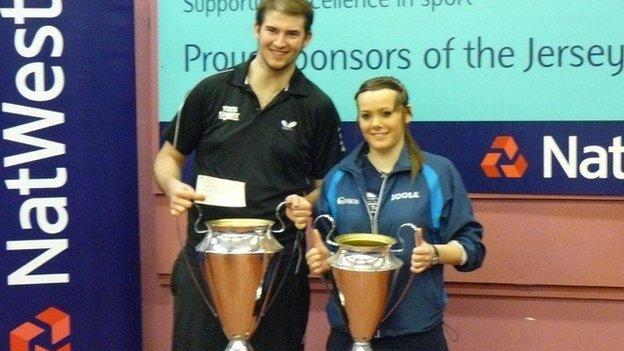 In the women's event Loveridge, despite not winning her group, was never behind in the final against Hannah Hicks.

After Hicks had levelled at one game all, the Guernsey teenager took the next games 11-9, 11-4.

It was her fourth consecutive title at the tournament, staged at the Geoff Reed Table Tennis Centre.