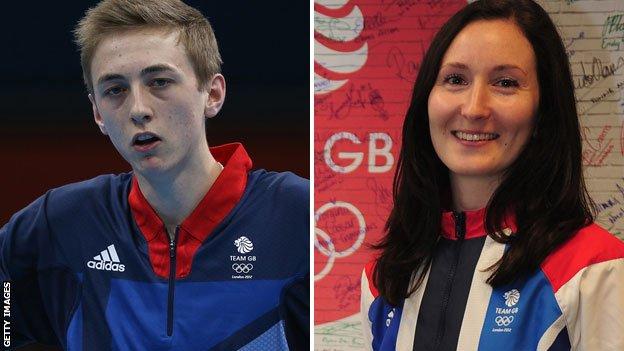 Joanna Drinkhall, 26, who married Paul in August 2013, denied Kelly Sibley a fourth consecutive title with a 4-2 win in Sheffield.

"I'm really chuffed. It's always a hard match against Kelly and it means so much to me to win," said Drinkhall.

"When it's your goal and you fail to reach it three years in a row you think it might not be your turn.

"I was really consistent and didn't give her any cheap points - that was the difference."

Both sets of finalists also combined to claim the men's and women's doubles titles.