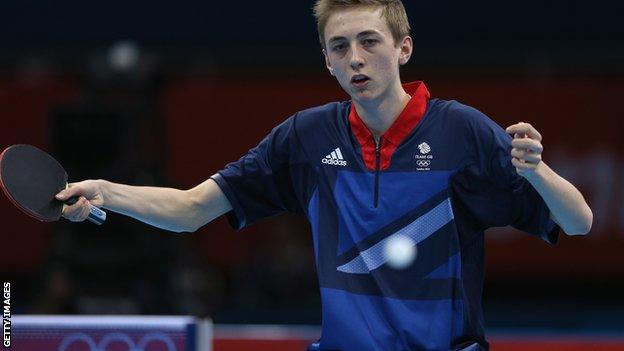 Liam Pitchford got England off to a winning start with victory over Leonardo Mutti, before both he and Paul Drinkhall beat Marco Rech Daldosso.

England had won promotion into the Championship Division in Tokyo on Saturday and finished 25th overall.

Performance coach Alan Cooke said: "This team has got the potential to achieve a lot in the future."

England's promotion means they will compete in the top division for the first time since 1997 when the World Team Championships take place in Kuala Lumpur in 2016.

England's women missed out on promotion with a 3-1 defeat by Lithuania that left them in 29th position.

China won both the team titles with victory over Germany in the men's final and Japan in the women's final.