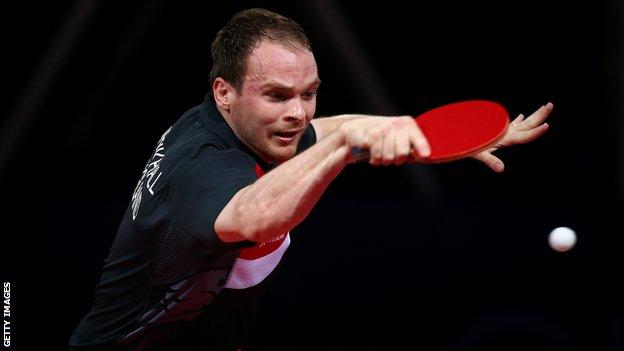 The 24-year-old took the first game against Niwa but lost 4-1.

"It's probably the tournament of my life and the best table tennis I've ever played," said Drinkhall.

The Teessider won the Spanish Open in April. to become the first British player to win an ITTF World Tour singles event for 18 years.

"The results I've had here are much bigger and better than the Spanish results," he added.

"I'm very happy with the way I've played, but slightly disappointed with the final. I've played him before and always had difficulty with his serves."