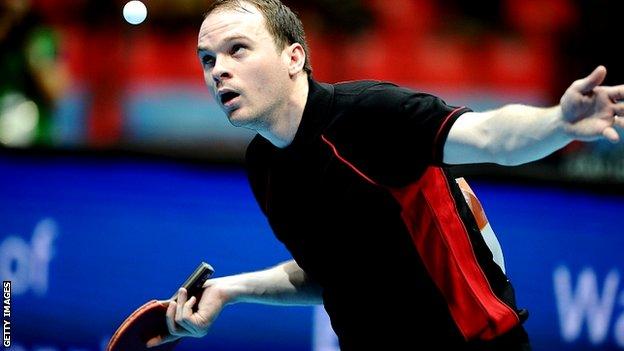 England's Paul Drinkhall lost in the first round of the table tennis season-ending ITTF Grand Finals in Bangkok.

Drinkhall, 24, was the first Englishman to qualify for the event since Carl Prean in 1996.

He had secured his place by winning the Spanish Open and then coming second in the Russian Open.

"Tough loss this morning losing 4-2 from a winning position at 2-1 and 10-6 up," Drinkhall said on Twitter.

"Disappointed in today but it has been a great year for me!!"