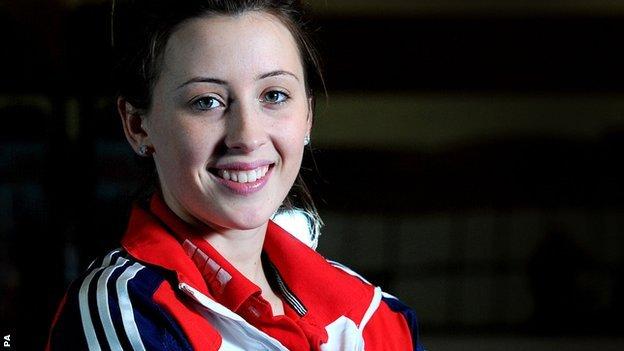 Britain's Jade Jones has been beaten in her first taekwondo bout since at London 2012.

The 19-year-old, who has admitted to struggling for motivation in the last six months, lost 5-4 to Croatia's Martina Zubcic at the Swedish Open.

"This could be a blessing in disguise," said the Welsh fighter. "It's brought all that hunger rushing back."

There was success for the British team with Michael Harvey and George Lee winning bronzes in the -68kg category.

Jones, who won a silver medal at the 2011 World Championships, immediately turned her attentions to this year's competition, which will be held in Mexico in July.

"I can't wait to get back in the gym and sort myself out for the Worlds," she said.

"Coming into the competition I knew I wasn't at my best but I just wanted to have a go and get back in the ring.

"Obviously it wasn't the best day but just watching the competition through the day has made me want to get back in there. I've rediscovered the buzz and I can't wait to get fighting fit."