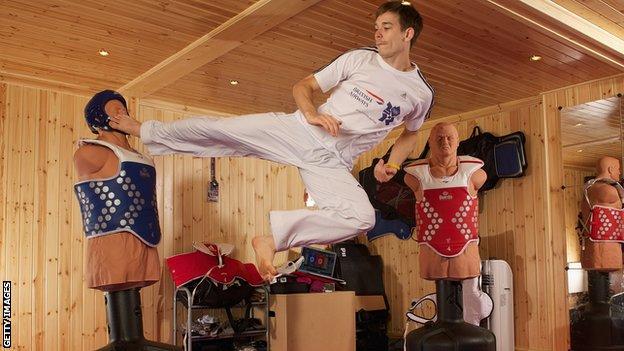 Aaron Cook, competing for the Isle of Man, lost in the opening round of taekwondo's World Championships.

The Dorset-born 22-year-old was beaten by Poland's Piotr Pazinski 13-11 in the -80kg category.

Cook switched allegiance to the island in 2012, having been controversially omitted from the Great Britain squad for the London Olympics.

Olympic bronze medal medallist , who took Cook's place at the Games, lost in the last 16.

Despite his defeat, Cook said he was "proud" to carry the Manx flag at the opening ceremony in Mexico.