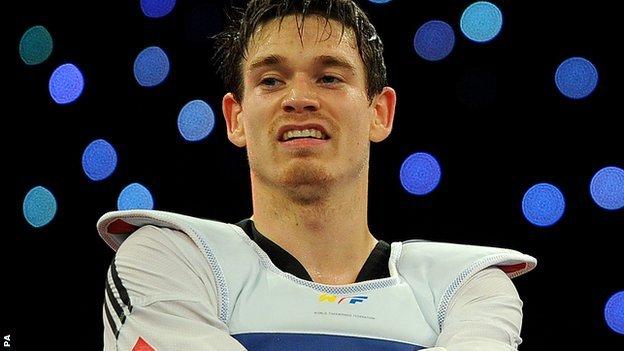 Muhammad, 22, was controversially selected ahead of then world number one Cook for London 2012, but went on to win Olympic bronze.

A big thanks to all those who have supported me

Since they last fought, Cook has gone on to claim European gold, while Muhammad has risen to world number two.

The London-born 22-year-old won the inaugural World Taekwondo Grand Prix event in Manchester in December, whilst Cook - who represents the Isle of Man - was third.

"A big thanks to all those who have supported me," said Cook, who leads the head-to-head battle with Muhammad 3-1.

New world number one Jones, 20, defeated Hedaya Malek of Egypt 2-0 in the final.

Walkden, 22, beat team-mate Stephanie Allen, 21, in the quarter-finals but finished third after losing her semi-final against French fighter Gwladys Epangue.