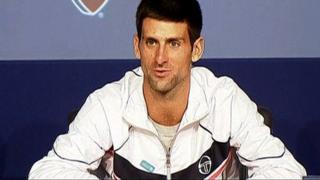 Novak Djokovic says his fightback to beat Roger Federer from two sets down in the semi-final of the US Open was the "greatest victory" of his incredible season so far.

The Serbian say he knows his game is good enough to win against Rafael Nadal again in the final, with the pair set for a repeat of their meeting in the final of Wimbledon from which Djokovic emerged victorious.